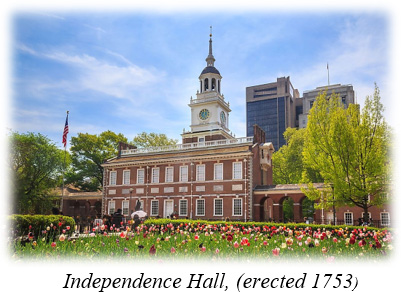 Freedom Watch’s Third Continental Congress, taking place on July 5 and 6, 2021, exactly 245 years after our Founding Fathers and the colonies declared our independence for the first time, will be held in the Visitors Center across from Independence Hall in the birthplace of liberty, Philadelphia, Pennsylvania. It was the Second Continental Congress which gave rise to our Declaration of Independence on or about July 4, 1776.

Particularly, given the total leftist takeover of our already corrupt three branches of federal government, which was made much worse under the Biden-Harris regime, which was put in office through rigged elections taking advantage of the Covid-19 pandemic, the time has again arisen. Given Republican acquiescence, incompetence, and deceit such that there is no opposition to the push to socialism, communism, atheism and virtually every radical anti-American ideology, it is time to again declare independence!

This is consistent with the Declaration of Independence, which spelled out and explained to the world the justification for independence from the King of England and his corrupt monarchy.

Today, the American people are living in much worse, oppressive and dangerous times than our Founding Fathers and the colonies experienced. King George III was not a socialist. He was not a communist like Representative Alexandria Ocasio-Cortez. He was not a radical black like Representative Maxine Waters. He was not an anti-Semitic, radical Democrat Muslim like Representatives Ilhan Omar and Rashida Tlaib. He was also not a radical member of the Marxian Jewish left (which like the radical Muslims Omar and Tlaib, it’s self-hating Jewish, Soros backed, leader Senator Bernie Sanders has perfected using and manipulating radical, poorly educated, and Marxist indoctrinated blacks, ignorant white youth, and others, to accomplish their socialist, communist, and atheist takeover). He was not a radical feminist. He was not a radical LGBTQ like Biden-Harris Secretary of Transportation Pete Buttigieg and the radical leftist transgenders inserted into the Biden-Harris regime, and he was not an atheist – as are the extremely dishonest and hate-filled leftist forces, which have now seized total control over our body politic and lives.

Most members of these groups are peaceful and sincere in their beliefs, but the leftist radicals who have taken over are pure evil.

Here is how Thomas Jefferson and his co-Founders began the Declaration of Independence, which rings true more today than on July 4, 1776:

“The Unanimous Declaration of the thirteen United States of America, When in the course of human events it becomes necessary for one people to dissolve the political bands which have connected them with another, & to assume among the powers of the earth, the separate & equal station, to which the laws of Nature & of Nature's god entitle them, a decent respect to the opinions of mankind requires that they should declare the causes which impel them to the separation.

We hold these truths to be self-evident: that all men are created equal: that they are endowed by their creator with inherent & inalienable rights: that among these are life, liberty, & the pursuit of happiness: that to secure these rights, governments are instituted among men, deriving their just powers from the consent of the governed: that whenever any form of government becomes destructive of these ends, it is the right of the people to alter or to abolish it, & to institute new government, laying it's foundation on such principles, & organizing it's powers in such form, as to them shall seem most likely to affect their safety and happiness. prudence indeed will dictate that governments long established should not be changed for light and transient causes: and accordingly, all experience hath shewn that mankind are more disposed to suffer while evils are sufferable, than to right themselves by abolishing the forms to which they are accustomed. but when a long train of abuses & usurpations, begun at a distinguished period, & pursuing invariably the same object, evinces a design to reduce them under absolute despotism, it is their right, it is their duty, to throw off such government & to provide new guards for their future security. such has been the patient sufferance of these colonies; and such is now the necessity which constrains them to expunge their former systems of government. the history of the present king of Great Britain is a history of unremitting injuries & usurpations, among which appears no solitary fact to contradict the uniform tenor of the rest, but all have in direct object the establishment of an absolute tyranny over these states. to prove this, let facts be submitted to a candid world, for the truth of which we pledge a faith yet unsullied by falsehood.”

Thus, with Divine Providence, as did our Founding Fathers 245 years ago, we again summon the Father and His Son to guide and watch over us as we assemble in Philadelphia July 5 and 6, 2021. This is NOT just to declare our independence again, but with courageous great minds and fellow patriots, plot the future for our new republic!

In so doing, we will discuss, vote, and agree on additional proposed protections to insert into a reenacted and perfected Constitution which will include but will not be limited to these urgent and necessary matters:

FIRST, enacting a fair and fraud free system to elect presidents, vice presidents and representatives in our new Congress, based on accountability to know that only citizens are voting. 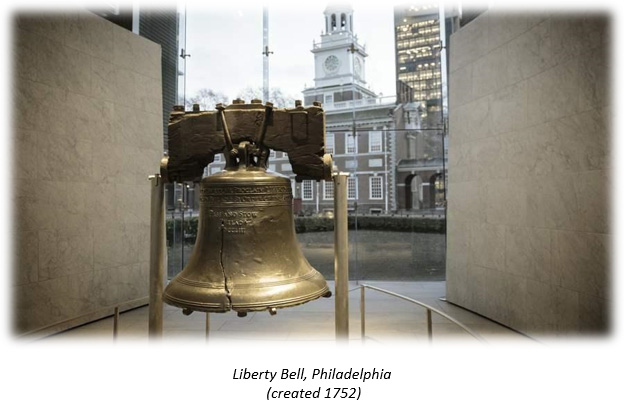 SECOND, to make it clear that government officials and federal judges do not have absolute immunity from being held accountable for illegal actions and crimes against the citizenry, and to craft a functional means to remove and prosecute them for high crimes and misdemeanors as well as “bad behavior, as written into our original Constitution ratified on June 21, 1788.

THIRD, to craft a system to get federal judges and Supreme Court justices who are not the result of political patronage and legalized/illegal bribery and to clarify that they do not have lifetime tenure and are elected and thus accountable to We the People. In general, the goal is to get judges and justices who are not the “yes men and yes women” of the political elite and establishment.

FOURTH, to create a real and functioning Department of Justice as the fourth branch of government, free from the politics of any political party or special interest, in order that justice can be restored from what has been a two-tiered and wholly corrupt legal system; one for the so called elite and establishments of both political parties as well as special interests, and another for us ordinary folk.

FIFTH, to give legal standing to any citizen to challenge in legal proceedings an unconstitutional act by the government.

SEVENTH, to clarify that there is no legal right to an abortion or for “gay marriage” embodied in the Constitution.

EIGHTH, but hardly last, to make it a capital one felony to knowingly take the life of the unborn, who will be legally recognized as a human being, created by God, at conception.

FINALLY, other additions and clarifications to the Constitution will be proposed, debated and enacted as voted on by our Third Continental Congress.

Once we declare independence and form a new government that is truly by and for We the People, I am convinced that the U.S. military and police forces will defend us from attack by the left. They have recognized that the citizenry must halt the rapid slide to socialism, communism and atheism, under the despotic and incompetent rule of not just the Democratic Party but also the Republican Party, who like the money changers in the ancient Temple in Jerusalem, simply enrich themselves with money and power, as the republic is pillaged and destroyed by their dishonesty, attitude, and practice of superiority to the populace, extreme arrogance, megalomania, and greed. We also have our own right of self-defense under the Second Amendment to the Constitution.

Let us reestablish our renewed republic and government at Independence Hall, and let the criminals of both current major political parties stay in Washington, D.C., to commit crimes against each other and leave us alone! Who needs them! Their time ruling over us as tyrants and despots must peacefully and legally be relegated to the “ash-heap of American history!”

The time has come again, as it did on July 4, 1776, to be free from government tyranny and despotism, which under Biden-Harris, with no real and effective opposition from the complicit, hapless, and corrupt Republican Party, has paved the way for what has become a leftist socialist, communist, and atheist dictatorship! This cannot and must not stand!

Remember that the Father and His Son will stand by us, as he did with the colonies, but only if we stand by ourselves!

BEFORE IT IS TOO LATE TO LIBERATE THE NATION FROM THE CURRENT DICTATORSHIP, “NOW IS THE TIME FOR ACTION AND NO LONGER ONLY WORDS!

PLEASE CONTACT US WITH YOUR THOUGHTS ON THE AGENDA FOR THE THIRD CONTINENTAL CONGRESS BY EMAILING US AT ASHER.ANDERSONFW@GMAIL.COM AND WE LOOK FORWARD TO SEE YOU ON JULY 5 AND 6, 2021, AT INDEPENDENCE HALL IN PHILADELPHIA.